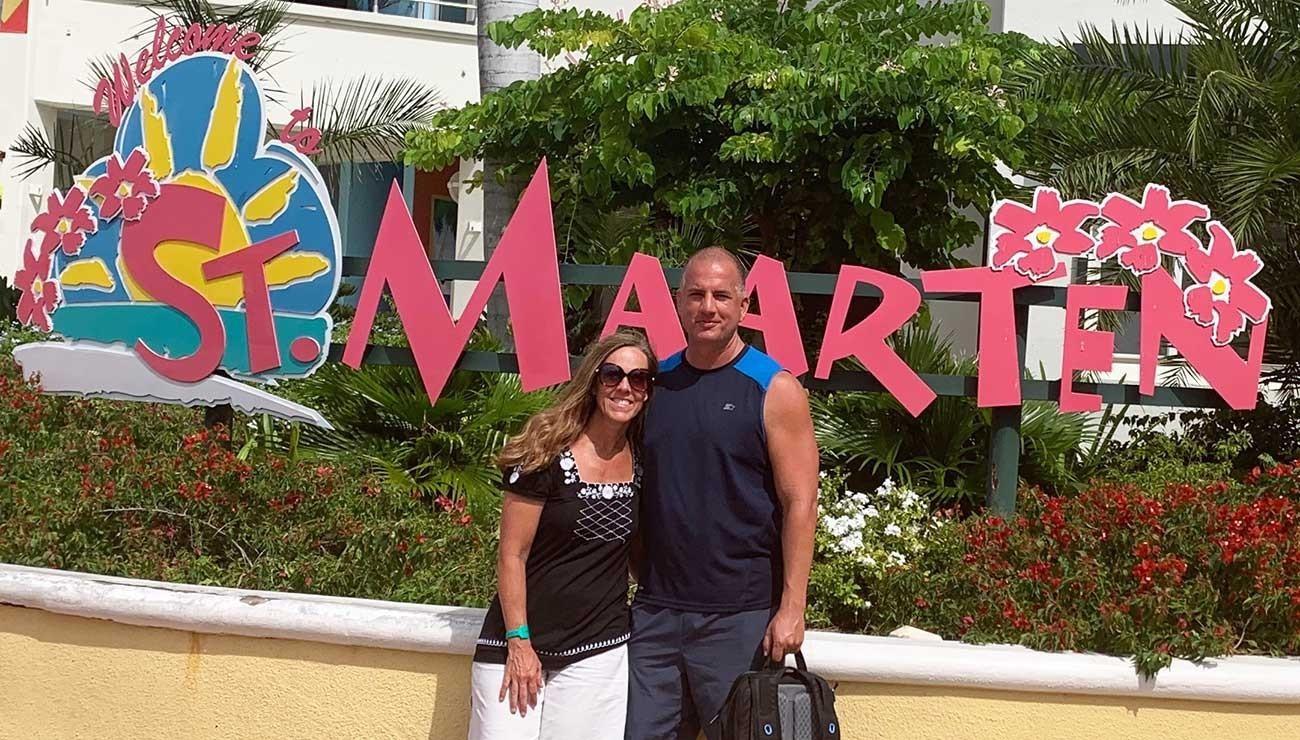 Our Carnival Cruise ship docked at the port in Great Bay closest to Philipsburg, which is on the Dutch side. (See the map below)

Orient Bay Beach is on the French side of the island. 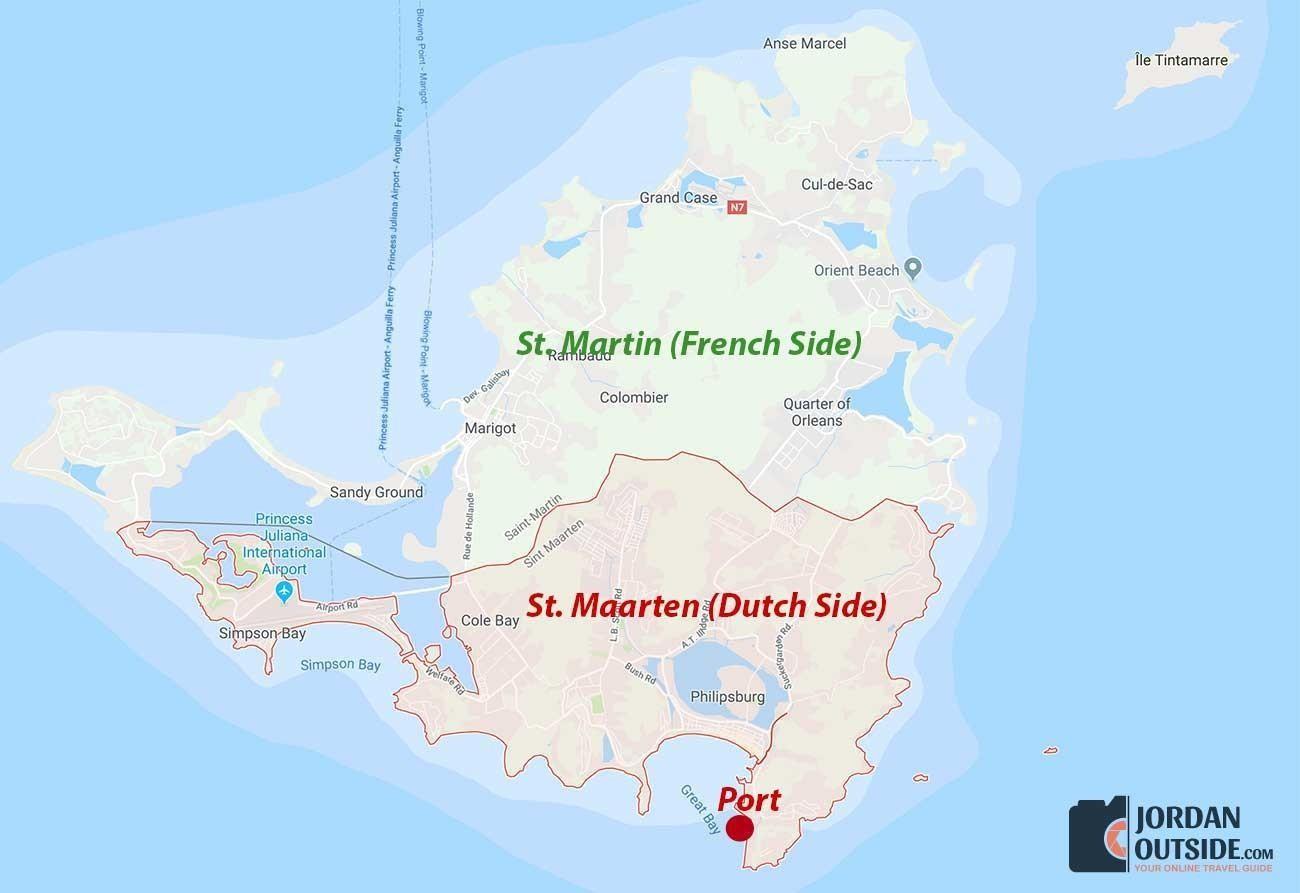 After looking up some reviews, we decided to go to Orient Bay Beach on the French side of St. Martin.

We headed to the area of the port where all of the taxis (mostly minivans) and ended up paying $25 (included myself and Julie). The price was higher since we didn’t have a group. We were dropped off at Bikini Beach at Orient Bay in St. Martin. 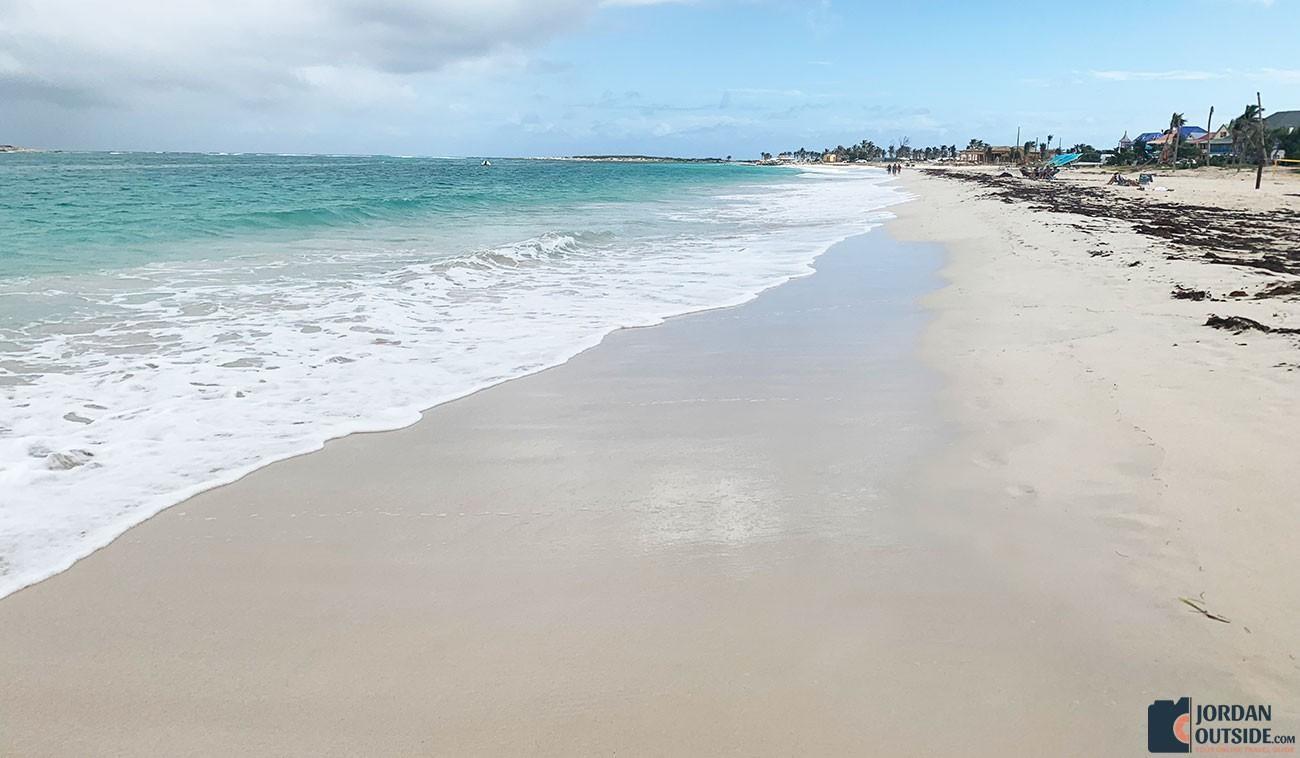 As we looked around, we saw some dark clouds starting to roll in.

We decided we would walk away from the dark clouds and enjoy the beach as much as possible. 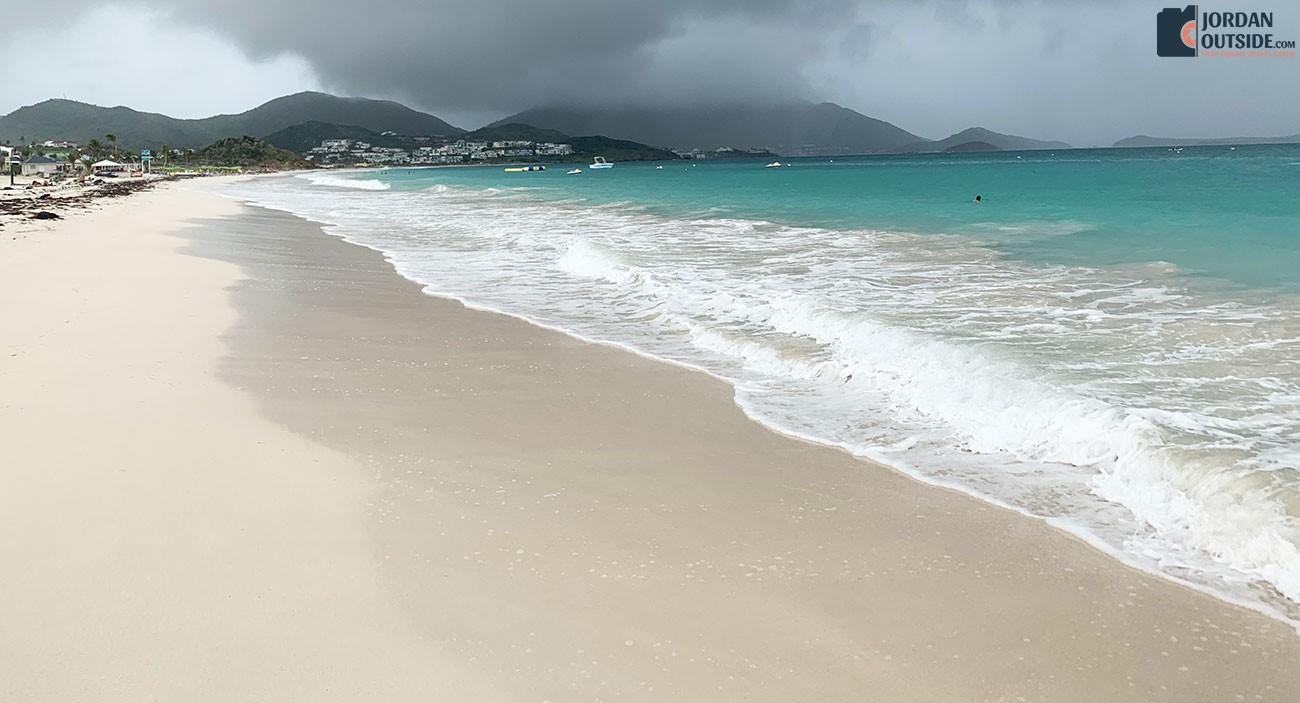 Orient Bay Beach faces the Atlantic Ocean. The Atlantic side has more waves, but the water was still crystal clear. 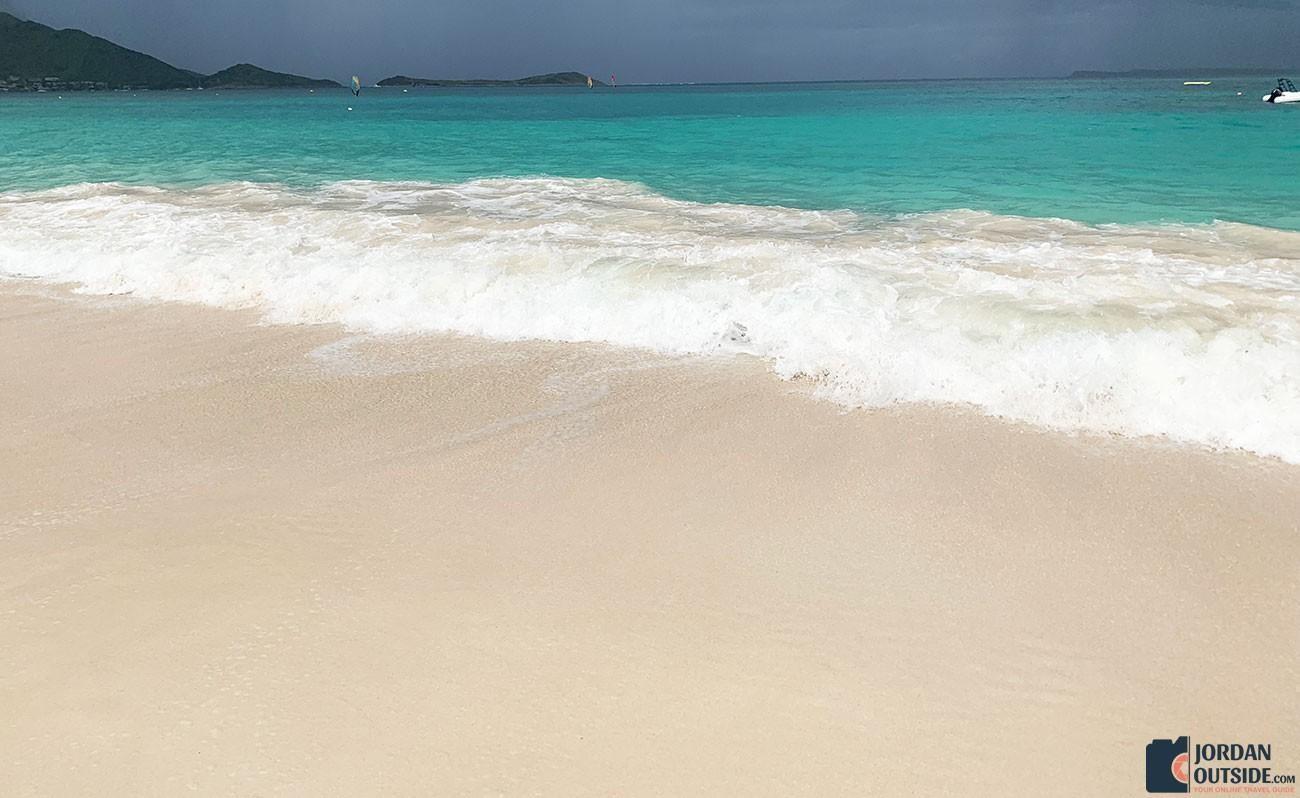 The water wasn’t cold and felt good to swim in. We kept walking south along the beach. We also got to watch some wind surfers. 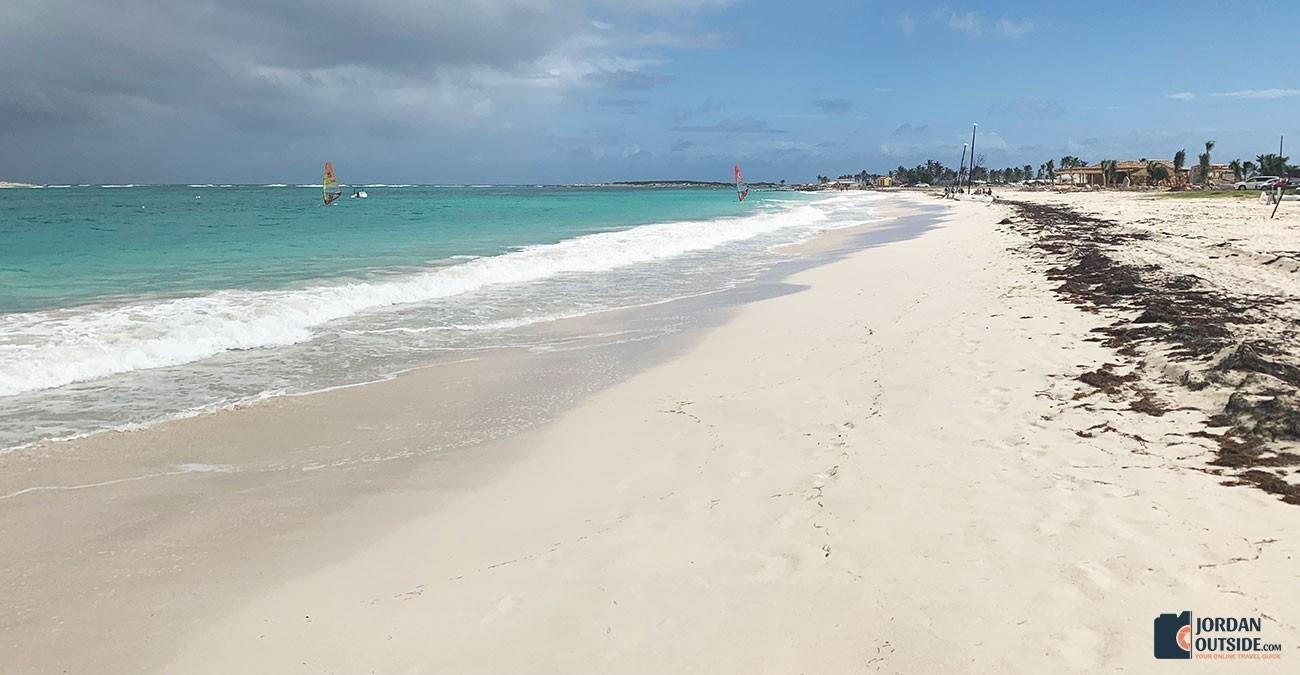 It was about this time that it started to rain, so we headed back to get our towels and met up with our taxi driver. When we found our taxi driver, she had found another family that was going to ride with us back to the port, so our taxi ride was only $20.

We got back to the port terminal and did a little shopping before getting back onto our ship.

It wouldn’t be right without taking a pic with a wooden shoe on the Dutch side of St. Maarten. 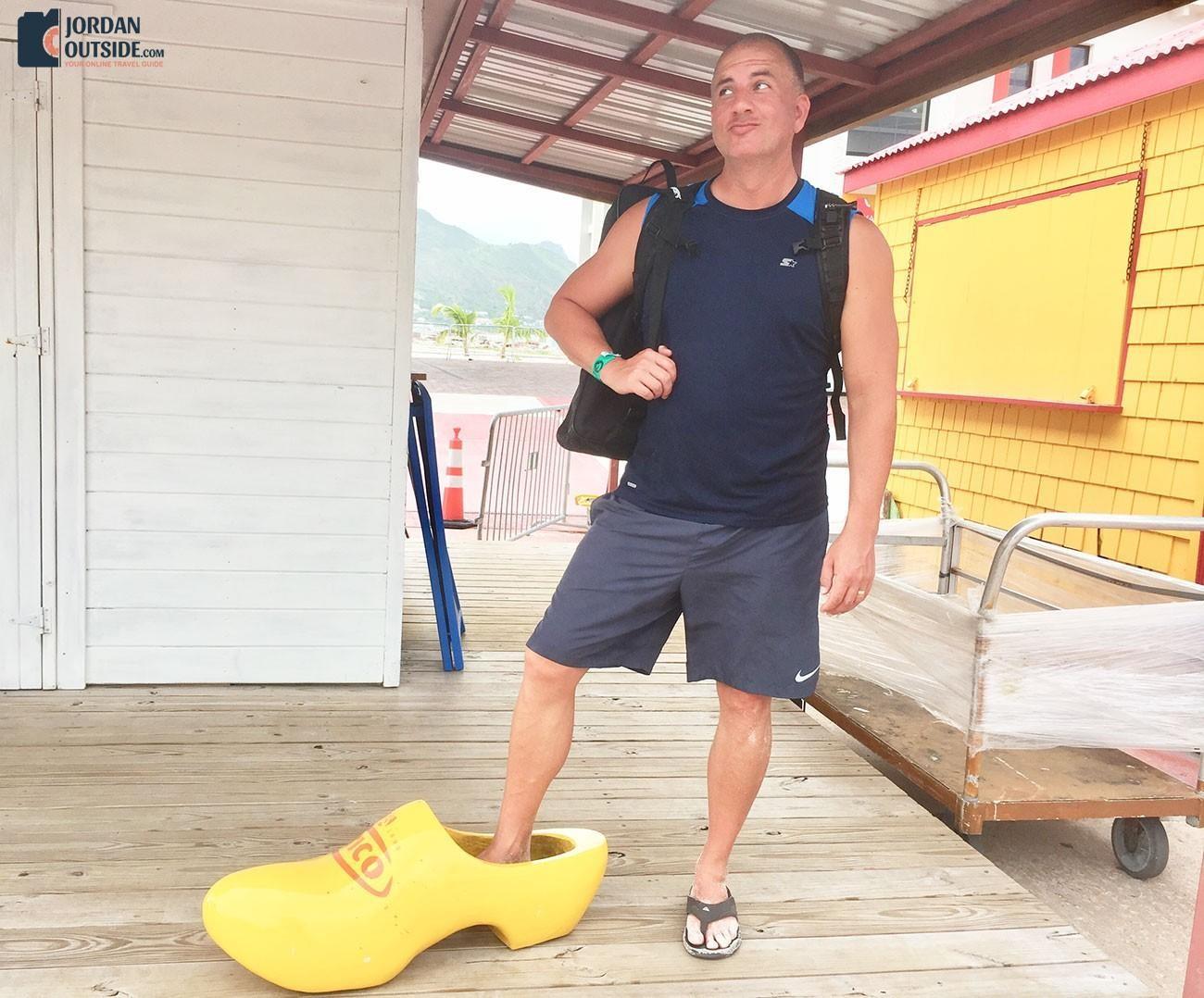 We got back to our ship and said goodbye to St. Maarten. This was such a beautiful island. The people were very friendly and we definitely want to come back. 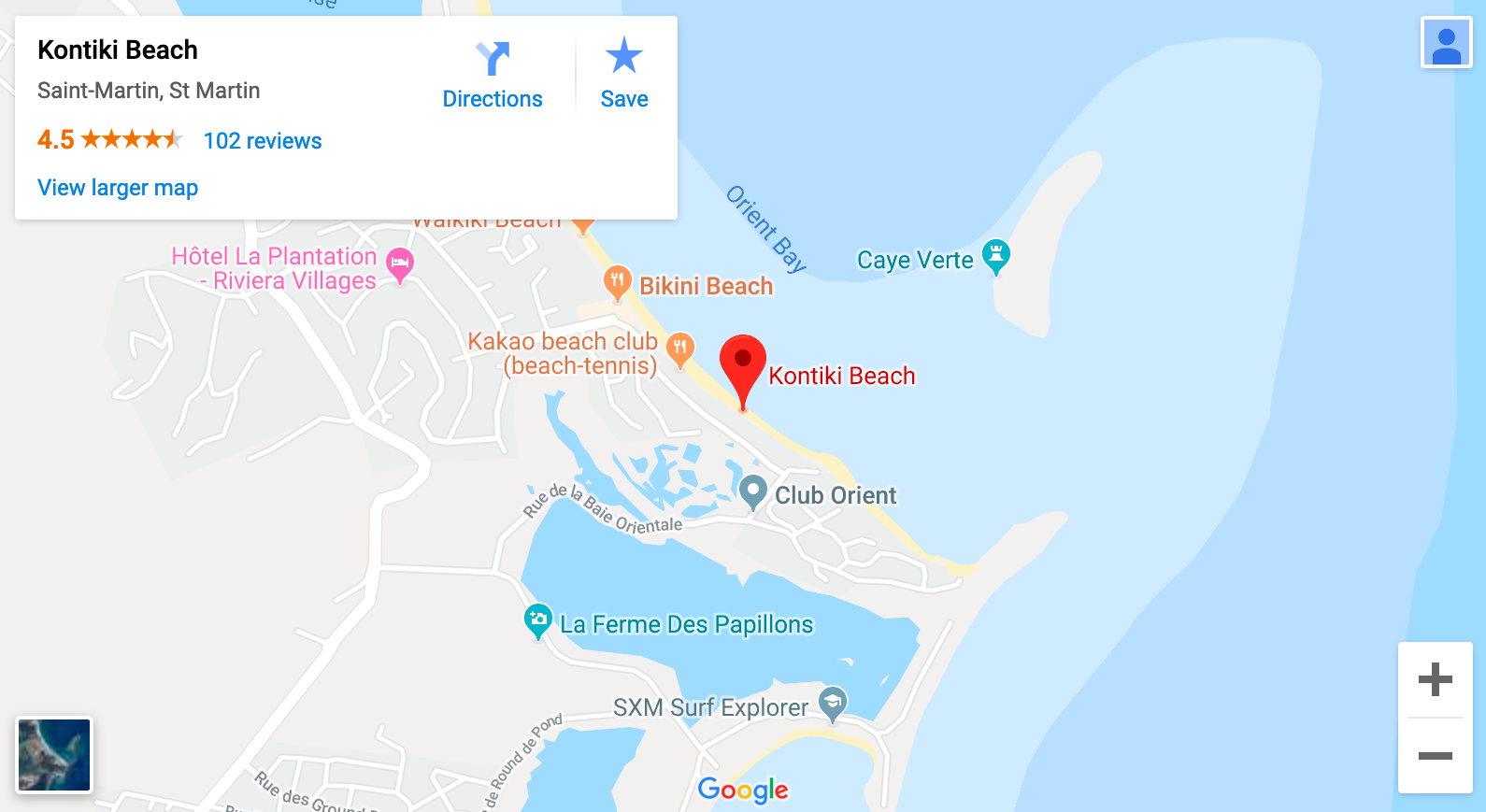 (Click on the map above to go to a Google Maps larger view.)

The price to the beach was $25 which included both of us. You have to pay this in cash as they don’t accept credit cards. We didn’t have anyone else in our group so the price was higher.

The price for the ride home from the beach was $20 which included both of us. The price was cheaper since we had other people in our group for the ride back.

These are the things that I recommend you bring:

Build your own travel lifestyle Website using the same all-in-one platform that I use.

Host your Website, Build Your Courses, and Accept Payments with Kajabi!

GET A FREE TRIAL OF KAJABI